Pakistani Tech Startup Market Becoming the Talk of the Town 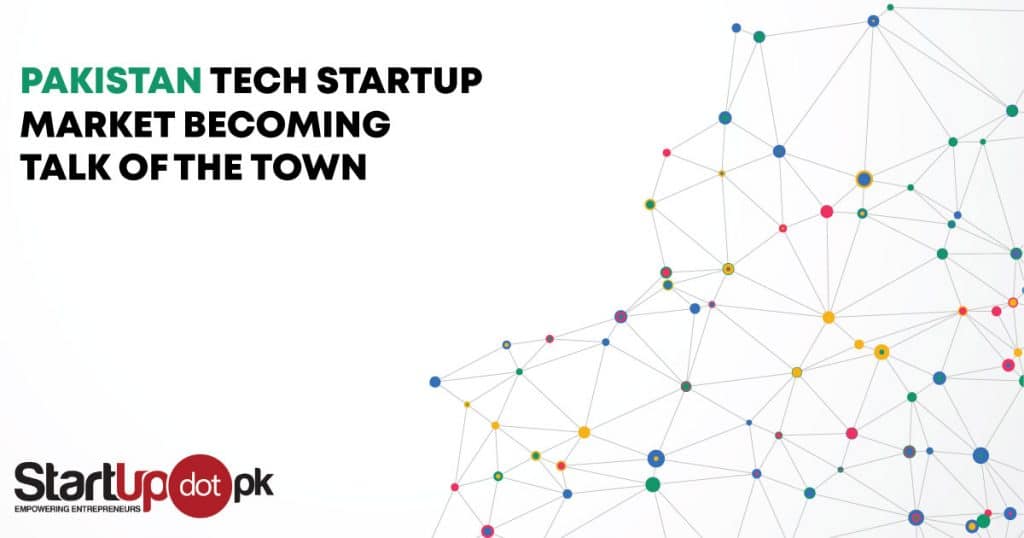 A Berlin-based news agency, Deutsche Welle, reported that Pakistan might be Asia’s next big market for Tech startups.

Pakistan is becoming one of the fastest growing economies of Asia with its 140 million young population. McKinsey & Co’s latest report on the Pakistani ecosystem also acknowledged that Pakistan’s economy is growing rapidly owing to its young population, increasing levels of local capital and growing digital consumption owing to improvement in 3G and 4G technology. These changes in Pakistan’s ecosystem is expected to make it Asia’s big tech start-up market.

These trends are creating an opportunity for technology-based startups to benefit from the changing landscape. According to McKinsey & Co’s report, 720 startups has been created in past 10 years with 100 successfully raising funding from global investors. Hena Husain, founder of London-based communications startup, says that “It’s home to a strong tech talent base and it’s still competitively affordable, which makes it ideal for early-stage founders like myself”.

In the recent years, many global venture capitalist and angle investors have shown interest in tech startup market of Pakistan.  Lahore’s Airlift secured $12 million from a renown American Venture capitalist, First Round Capital who is said to be making its first investment in Asia in more than a decade. Egyptian ride-hailing company, Swvl, also tapped into the country’s growing market for tech startups and plans to invest $25 million investment in the coming two years to fund startups and create 10,000 jobs. According to the report by McKinsey & Co’s, $18.8 million has been raised by Pakistani startups just last year and with more to come in the coming years.

Local availability of capital is also becoming better as venture capitalists like i2i Ventures and Fatima Gobi Ventures are also showing interest in tech startup market since last two years. We see many examples startups running quite successfully in Pakistan such as Careem, Daraz.pk, Zameen.com etc. Transportation-startup Careem has its roots in Pakistan and was recently acquired by Uber for $3.1 billion. Another successful tech startup, Daraz,pk, was recently acquired by Chinese giant Alibaba for $200 million.

Boosting entrepreneurship is also a key component of government plan for economic growth and prosperity. The recent government is taking many initiatives to nourish the growth of Pakistan’s tech startup market.  After assuming control, Pakistan Tehreek Insaf’s government has made six reforms which aim to create enabling environment for new entrants in the startup market of the country.  These reforms aim at creating ease of doing business and include three-year tax relief and an online one-stop registration system through which “companies can now be incorporated in 17 days, rather than 20, at a reduced cost of 1.1pc,” the DW said. These reforms boosted Pakistan position in World Bank’s ‘Ease of Doing Business’ report from 136th place in 2018 to 108th place in 2019″. These reforms are aimed at reducing the problems faced by growing tech startups such as excessive taxation, restraints on capital flows and bureaucratic nuisances, as highlighted by Shahjahan Chaudhary, director of the National Incubation Centre Karachi.

You want to know about Global Pakistan Tech Summit?

According to DW Akademie’s Speakup Barometer for Pakistan., weak infrastructure, low internet penetration rates and a lack of online payment services has inhibited the digital participation in Pakistan.  In order to create digital transformation, in Dec 19, government also launched ‘Digital Pakistan’ program with former Google executive Tania Aidrus at helm of it.  The program aims at creating access and connectivity, digital infrastructure, digital education, innovation and era of e-government. Tania said she strongly believes that Pakistan’s tech startup ecosystem is in a position for take-off owing to its young and tech savvy population, growing middle class, growth in consumer spending and 14 million broadband users. She believes that even a few ‘startups hits’ in Pakistan can be game changers and draw the attention of local and global investors towards the massive opportunities in the country’s market. In order to make those investors and venture capitalist safe, Aidrus believes in introducing regulations and creating a safe environment through the help of SBP and Government of Pakistan.

Tania Aidrus on Building Pakistan in Bits and Bytes

Sonya Barlow, a British-Pakistani entrepreneur, looks forward to launch a version of her social enterprise ‘Like Minded Females’ in Pakistan this year. She says that, “We need to utilize technology to share success stories and showcase role models in the tech industry, so that young people — particularly girls in Pakistan and other Southeast Asian countries — see that a career in tech isn’t unattainable.” People like, Sonya Barlow, who have the skills and experience of working in a more complex ecosystem are now beginning to return to Pakistan to capture the opportunities rising in this rapidly growing market.

In the end, the government and the private sector must collaborate their efforts to make this country fully tap its entrepreneurship potential. It’s the job of the government to speed up its efforts by designing enabling policies, cultivating local talent and providing start-ups with access to funding. The private sector should add value to these efforts by making funds available for the startup market. Hand in hand, they can nurture country’s talented entrepreneurs and create digital transformation that will position Pakistan to become Asia’s biggest Tech startup market.