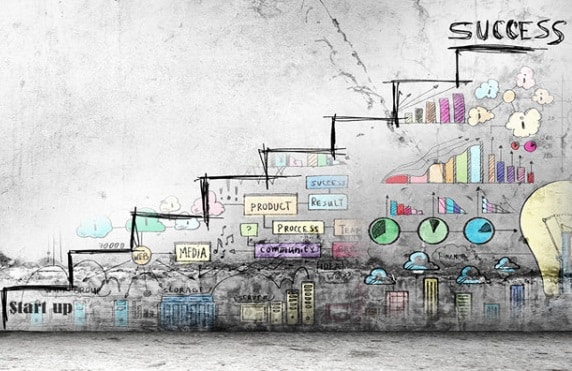 Launching a Startup: Advice from a Failed Entrepreneur

Here’s what he learned — and why he’s not giving up. In the pursuit of success, it can be tempting to focus on the remarkable few — those who make it fast and make it big — and try to replicate their journey. But sometimes it can be just as illuminating to look at the other side, to the ones who didn’t quite pull it off. Bryan Long is in the latter camp. The rule, not the exception. One of the proverbial nine in 10 entrepreneurs who fail. Only, he hasn’t just failed once.

For a straight-A student with a 4.0 GPA, that might have been a crushing blow. Enough to make him pack it in and return to his engineering job, even. But instead, according to Long, it taught him to turn his traditional view of failure on its head.

It all started for Long when he launched his first start-up. It was 2010 and the then-32-year-old had excelled while earning his MBA, so he decided to put that success into action and launch Big Life Treats, an experiential gifts company.

“I went full stealth mode, I did everything my MBA told me to do.” – Long

Within two years, Long had pumped 120,000 Singapore dollars (around $88,000) of his own savings into the company and rapidly built a team. However, faced with a departing co-founder and fierce competition from Group on, the business fell flat.

“I thought I would be distraught,” said Long, who described himself as a “sheltered scholar.” But the next day he asked “Aunt Google” for advice and came across a book that caused his attitude to shift.

The book was Eric Ries’ “The Lean Startup,” a business guide that advocates continuous self-analysis and adaption.

“I realized it should not be a case of ‘Let’s give up.’ It should be about questioning why I’d failed and what needed to change,” said Long, now 40, who lives in Singapore with his wife and three children.

“You have to learn to take a neutral approach,” he continued. “In the end, success and failure are just data points, and if you can’t evaluate them, then they’re useless. If you succeed, you shouldn’t get excited; if you fail, you shouldn’t get sad. You should ask why in both cases.”

So, Long decided to quickly take those lessons and give it another shot.

This time though, instead of diving in head-first and investing heavily, Long followed Ries’ “build, measure, learn” approach. He created a basic website — essentially a “clone” of freelance services platform TaskRabbit — and then reached out to users for feedback. In less than two months, he realized there was no market in Singapore and called it quits.

While Long lost around 1,000 Singapore dollars to the project — spent “mostly on coffee” — he also felt he’d taken a huge step forward: When he co-founded his third business, Stacck, a restaurant communication system, in 2015, he managed to raise 1.7 million Singapore dollars, build an international team and take a salary for the first time.

“I’d learned quickly and built knowledge,” he said. “I had a growth mindset versus a fixed mindset.”

The process also highlighted to Long the answer to one of greatest questions for entrepreneurs: The secret to a successful business, Long said, is team and timing. And so, when Stacck’s co-founder was headhunted two years after launch and Long was unable to suitably replace him, he felt the best option was to cut his losses and sell the business.

“I’m not a first-time entrepreneur who did it and boom,” said Long. “Everyone wishes they could be that. But, in reality, I realized it takes time to build the skills and it also matters about the team. The 0.01 percent who make it first off have the right timing and the right team.”

Long ultimately made little return from the sale of his third business, and for the past six months has been working full-time in fintech at Citibank. That hasn’t dampened his spirit, though. In fact, with those lessons under his belt, Long said he feels he’s in a better position than ever to give entrepreneurship another go.

Through his new mentorship platform, “Unaverage,” Long hopes to move the needle on traditional perceptions of success and failure and encourage 2020 young people set and achieve 2020 exceptional goals by the year 2020. He plans to monetize the service either through sponsorship or a membership fee, and will continue to work part-time at Citibank.

“A lot of people look at failure as an end point, but it leads you to the same door as the door for success.“It says ‘Exit,’ but you turn around and it says ‘Entrance.’” –Long

Avail expert services in business consultancy for YOUR startups