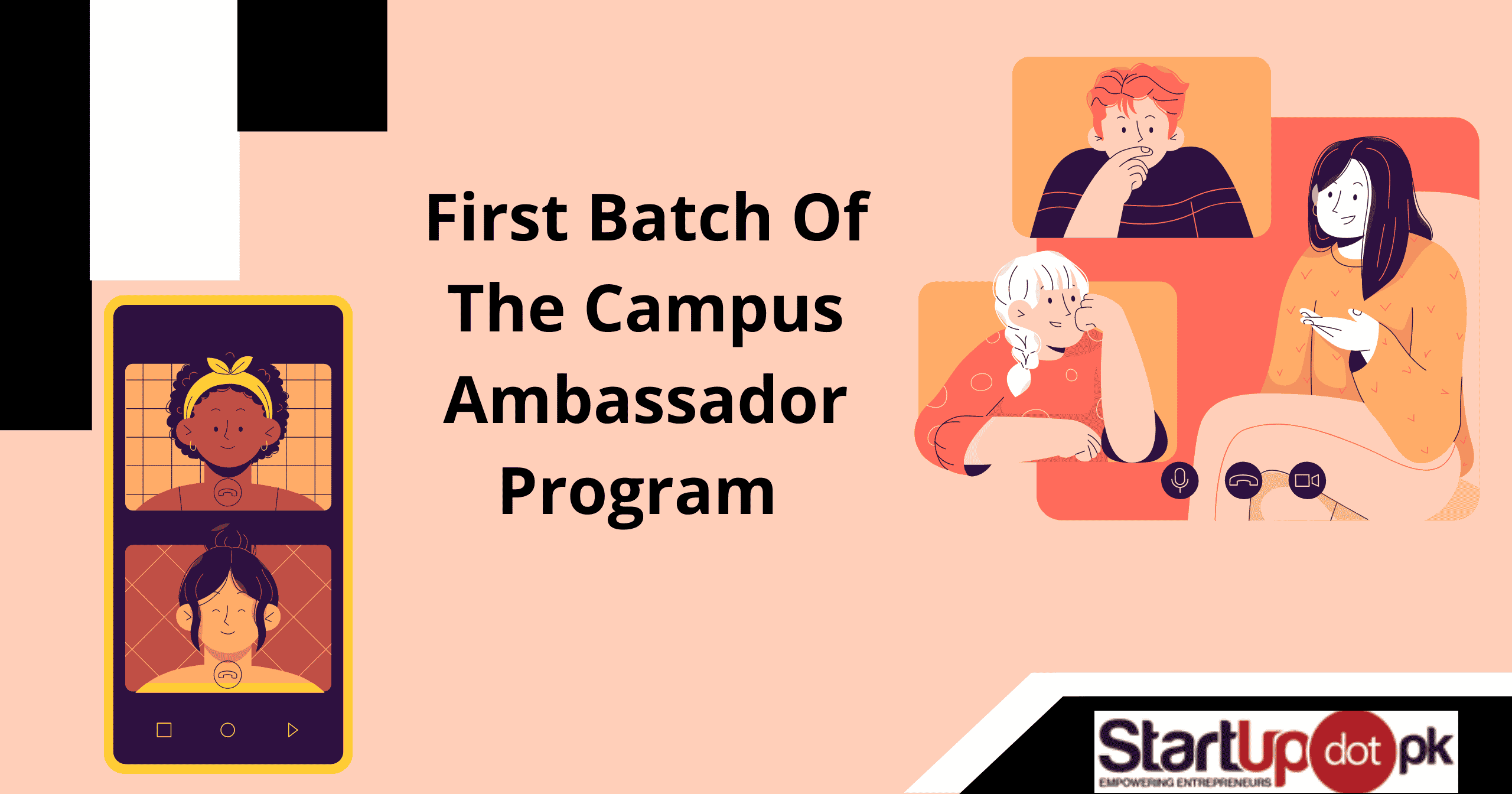 Handpicked from a wide pool of applicants based on their passion and zeal for entrepreneurship. Each of them has pledged to promote entrepreneurship in one way or the other and contribute their utmost to Startup.pk’s mission of empowering entrepreneurs. 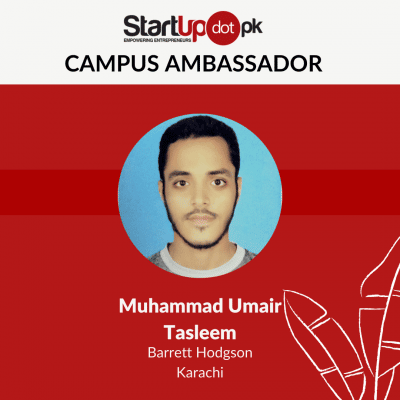 Muhammad Umair Tasleem is currently enrolled in BBA program at Barrett Hodgson University Karachi. He has been very active in his campus, always on the forefronts.

Entrepreneurship, for Muhammad Umair, isn’t something new but his passion for it goes way back to his childhood. Growing up, he saw his family and found inspiration from the successful entrepreneurs of his family. He didn’t dream of becoming an astronaut or a doctor, like most kids do, but it was always entrepreneurship for him.

The decision to become an entrepreneur was cemented when he grew up and found encouraging teachers and mentors who taught him to believe in himself. And he realized that entrepreneurship is not only the beacon of hope for him but how it has the potential to change the economy and society as a whole.

His sole motivation for joining Startup.pk as a campus ambassador was because of his beliefs, his belief that entrepreneurship has the potential to take a developing country like Pakistan to new heights of success. 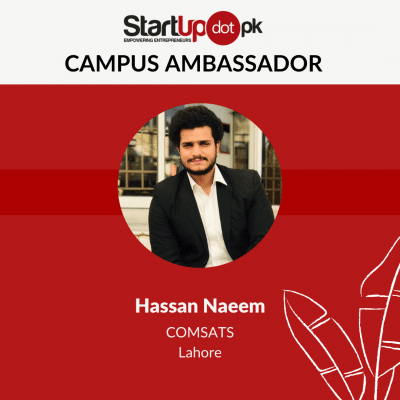 Hassan Naeem, a final year student of Chemical Engineering at COMSATS University Lahore Campus, has always found himself interested in extracurricular and voluntarily activities as these activities always given him a chance to push his skills further and be more confident and motivated.

He joined startup.pk as Campus Ambassador to promote the entrepreneurship culture in Pakistan. Hassan says: “Many young students and graduates have creative idea for startup but they fail to initiate that idea due to many reasons. Startup.pk helps them to get started and expand their startup. I believe this is the best platform for me to showcase my skills and make life long connections.” 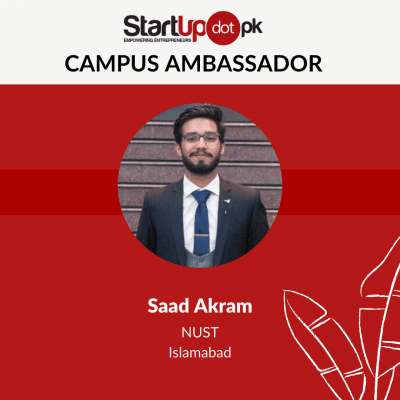 Saad Akram is majoring in computer science from NUST, Islamabad. Saad can befriend anyone in a matter of minutes and his secret is his knowledge of almost every sphere of life. He can talk about cars, makeup, sports, fashion, you name it and he can probably eat your ear off with it.

What led him to Startup.pk was his dream to have a startup of his own and also his passion of helping people out and figuring out solutions to their problems. He wants to familiarize himself with the ins and outs of the entrepreneurial world and get to know what hurdles do startups face so he can figure out a way to help them. And of course, gain professional experience and a ton of skills.

Pardeep Kumar, a student of Business Administration at Sukkur IBA University, possesses a variety of entrepreneurial, managerial and leadership skills. He belongs to a noble family hailing from one of the most underdeveloped villages, Mahke Jo Tar, in district Tharparkar. He has been awarded different scholarships by Pakistan Science Foundation, OGDCL and Sukkur IBA University for his outstanding performance. His role in different entrepreneurship driven organization shows his devotion towards promoting entrepreneurship in his country.

Owais Gul is a national swimmer who has represented KP for 3 consecutive years. He is enrolled in BBA Program at IBA Sukkur and it was his passion for entrepreneurship that led him to IBA. With an exemplary academic record and many scholarship awards, he is an entrepreneur in the making. And he hopes that with the exposure he would gain from being a Campus Ambassador for Startup.pk, he will be able to launch his own startup in the near future.

From 3D animation to programming and from audition for a Pakistani drama to starting podcast, he has tried many things. His search for the perfect career continued for years but nothing clicked, until one day fate led him to a part-time sales job for which he had no experience. A puzzling story involving “The Office” and something about sales career led him to a conclusion and a motive: To start his own business. Inspired from the noble cause of startup.pk, Abrar Akram decided to join Startup.pk as a Campus Ambassador.

Join our Startup Tribe and become our Campus Ambassador Program