Margalla Hotel, Islamabad was venue to the 3rd StartUp Cup in Pakistan and saw lively participation from some of the city’s most successful business personalities and a bevy of aspiring entrepreneurs. The two-day Build-a-Business workshop in Islamabad on 16th & 17th April kicked off the series of workshops to be held in other cities of Pakistan and was attended by the city’s entrepreneurial crème of the crop and diplomats. Murtaza Zaidi, the Executive Director The Indus Entrepreneurs (TiE) Islamabad said,

“The Build-a-Business workshop weekend is integral to StartUp Cup’s methodology and philosophy as it intricately links startups to mentors and works to weed the best from the mediocre”. 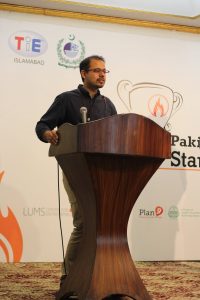 StartUp Cup is a locally driven business model competition open to any idea. This innovative community-based approach is designed to increase the quality and quantity of entrepreneurs in the community. The fundamentals of this program were developed in Silicon Valley during the dot com era and transplanted to Tulsa, Oklahoma, in 2007. Since that time every aspect of the competition has been fine-tuned based upon feedback from participating entrepreneurs, judges, coaches, entrepreneurial service providers, and community leaders.

TiE Islamabad brought StartUp Cup competition to Pakistan in 2013 in collaboration with U.S Embassy and StartUp Cup INC, Tulsa, Oklahoma, USA. This is the 3rd Edition of Pakistan StartUp Cup. The competition that kick started in March, 2016, received more than 900 applications. 130 teams were invited for the Round 1 Islamabad of which only 25 moved to round 2. The shortlisted teams from Karachi, Lahore and Faisalabad will compete at their respective stations.

These teams who cleared the first round will move on to compete for the Round 2 i.e. Top 12 Islamabad. The competition lasted two days. On day 1, there was a Mentor’s Orientation Session in which they were guided how and on which factors the aspiring entrepreneurs need to be evaluated on. Participants went through Mentoring Workshops where they were trained and guided that how they are expected to build their business models.

About 40 mentors, each from a diversified background and a specialized skill set were invited to give back to the society by mentoring the aspiring entrepreneurs. Murtaza Zaidi briefed them about the evaluation criteria and the Startup Cup Chart which the participants will be filling up.

This year the competition was much fierce as compared to the previous edition and the ideas were much reformed and extremely diversified. Just to give an idea of the diversity of ideas here are few of the Top 25 ideas and what they are up to! 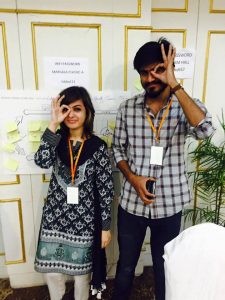 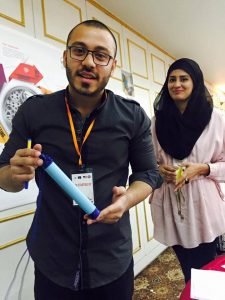 Handimatic was preparing Instant Desi Meals while Florielle was building an exclusive community for Moms-to-be. We saw Agilitron- a reseach and development firm specializing in power electronics, IOT and Scada and Humans of Pakistan making a positive impact in Thar through their startup. Kaltoor was into handmade ladies footwear and Pakistan Man introduced Pakistan’s First Action Hero Comic Book. Whereas Cricflex introduced a wearable band which detects illegal bowling action! Rise Mom is working for peace of mind for working mothers and Daastan is building Pakistan’s First self-publishing platform to give indie writer’s a voice! 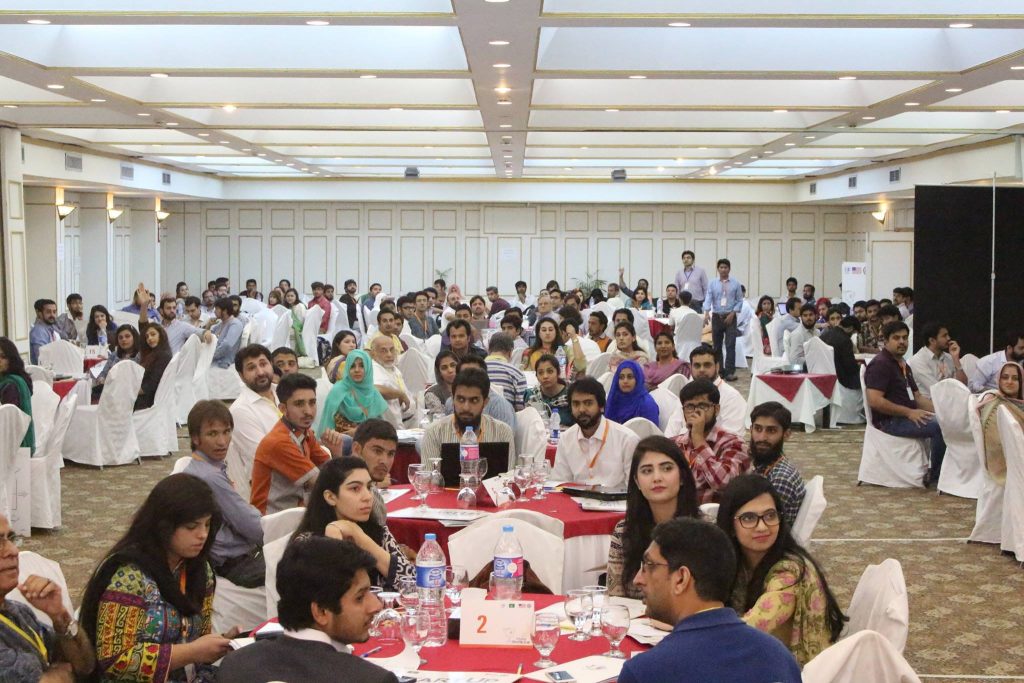 About 40 mentors guided the teams and helped them improved their business models. At the end of Day 2, results were announced. All the mentors voted for the best teams and interestingly there was a tie and 27 teams moved ahead instead of 25. 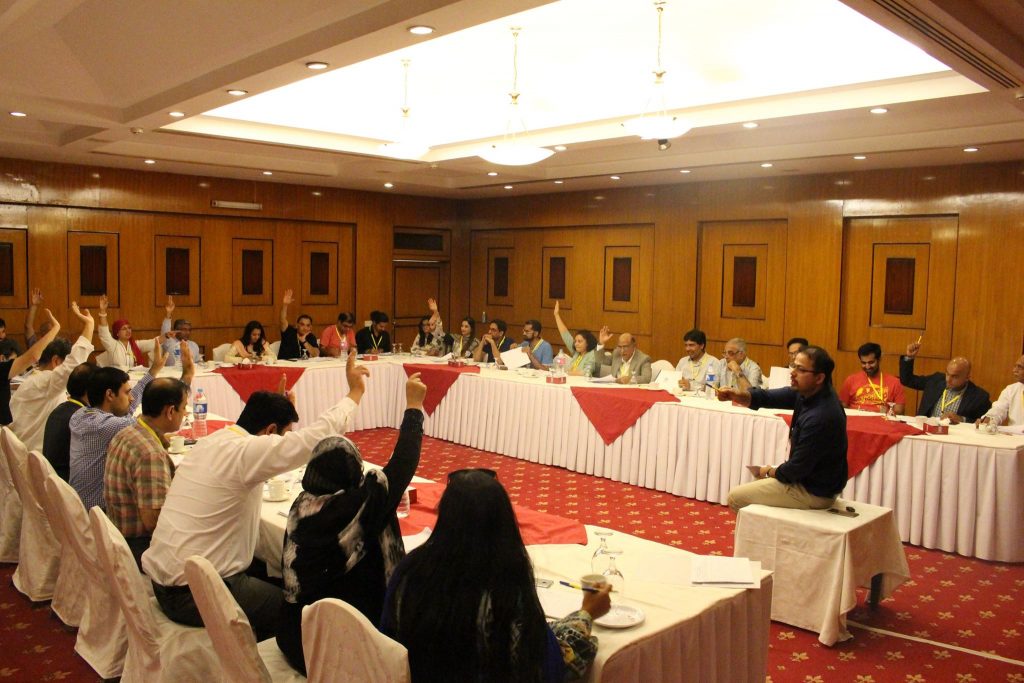 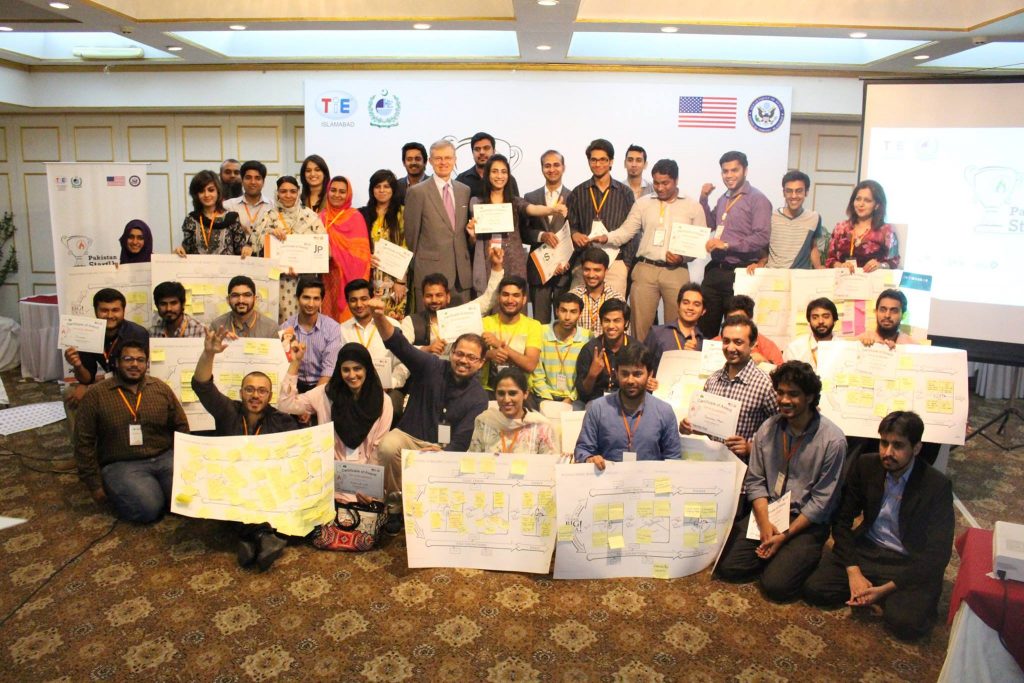 Mr. Jeff Sexton Minister Counselor for Public Affairs at U.S Embassy also attended the closing ceremony and awarded the certificates among top 25 startups. The event was attended by approximately 250 aspiring entrepreneurs and 40 plus mentors.

Mr. Sayyed Ahmad Masud who is a board member of TiE Islamabad Chapter stressed on building linkages to help these startups become disruptive businesses.

Sajjad Ali Zaidi, a participant who couldn’t move to the next round mentioned,

A great learning, and motivational experience. Excellent lessons on teamwork, looking at the product from different angles, and how to change strategies on the spot. One of the most balanced competitions I have witnessed off late.

Thank you to all the mentors, and organizers, as well as to the amazing startups.