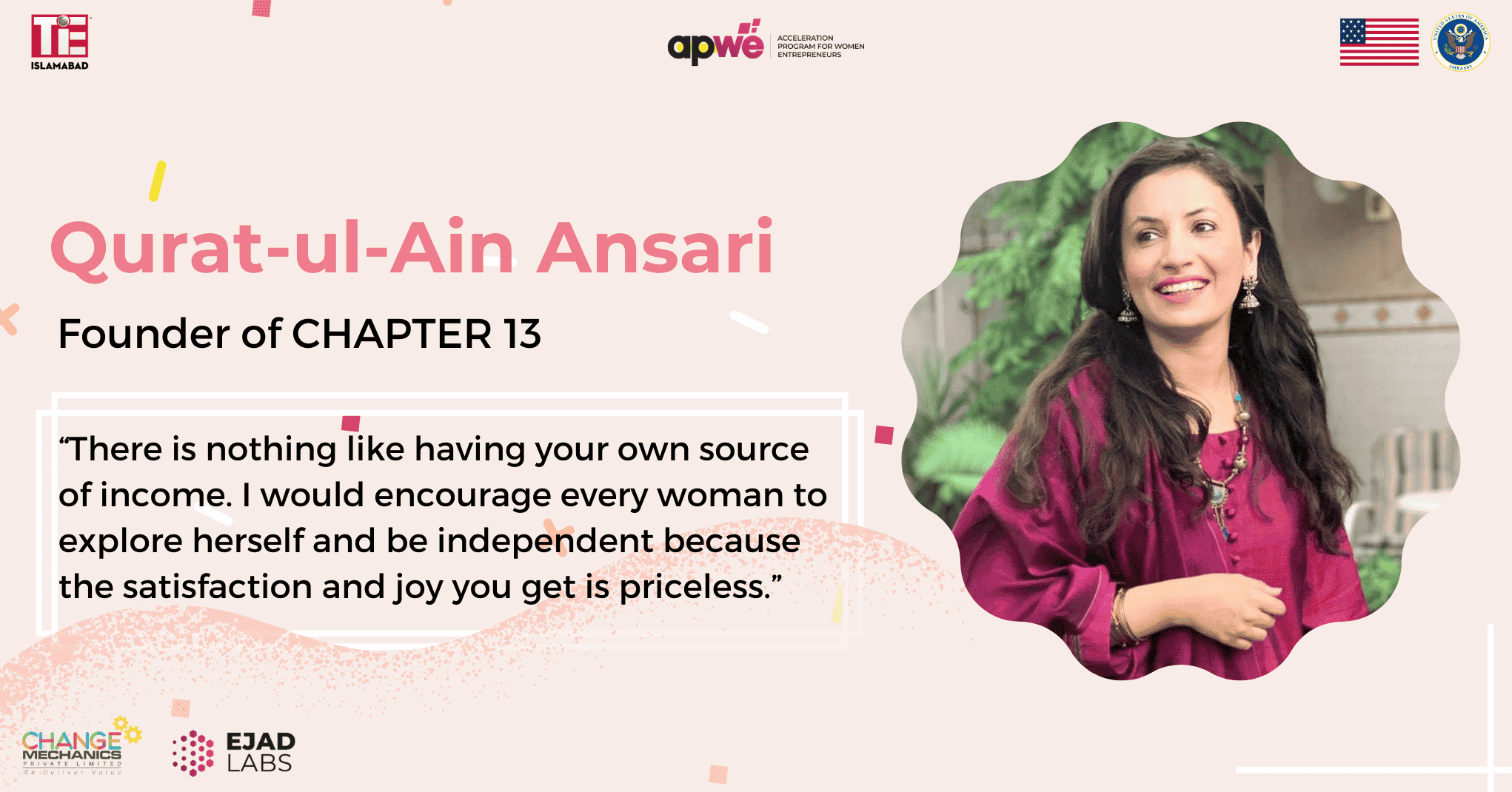 According to the Pakistan Business Council, footwear contributes less than one percent to Pakistan’s global exports. Pakistan is the seventh largest consumer of footwear, accounting for 2.2 percent of global consumption but the market is predominated by cheap imported shoes. In 2019 Pakistan showed a growth of 45.9 percent in its footwear exports as compared to the year 2010. However, the export figure remained very small when compared to Pakistan’s total exports of $23.8 billion. Pakistan’s footwear exports mainly comprises leather footwear which represent 84.2 percent of Pakistan’s footwear exports. Despite the potential of exporting locally manufactured footwear made out of traditional textile, Pakistan remains quite behind in the industry.

Pakistan’s footwear exports are highly concentrated and limited to a few countries. In 2019, Pakistan exported more than 69.0 percent of its footwear to Europe. The US has a 9.3 percent share even though it has the greatest export potential.

According to the Pakistan Business Council, China is the world’s biggest footwear manufacturer and also the largest exporter followed by India, Vietnam and Indonesia. Pakistan’s footwear industry is largely dominated by Thai and Chinese products. Bangladesh and Cambodia are some other players in the market considered as the emerging preferred low-cost manufacturing hubs in Asia.

Locally Manufactured Footwears and the Idea of Chapter 13

Chapter 13, is a shoe brand which is contributing to local shoes manufacturing in Pakistan. It is promoting locally manufactured shoes & accessories by utilizing the craftsmanship of local artisans. Its founder Qurat Ul Ain Ansari is a contestant of APWE (Accelerator Program for Women Entrepreneurs) which is an initiative for women who are operating a business or partnership, a social enterprise or indigenous enterprise, supported by the US Embassy in Pakistan in collaboration with TiE Islamabad, Change Mechanics and Ejad Labs.

Having studied International Business and Management from University of Manchester, Qurat-ul-Ain started her business in 2013 along with her sister. She grew up in a family that owns a famous shoe brand Milli Shoes that caters to the  middle and upper-middle socioeconomic classes of Pakistan. Conversations around shoe manufacturing, designs, market  etc. inculcated in her a vision of taking their shoe business to greater heights by exploring more avenues from a very early age. She was also tired of the low quality Thai and Chinese shoes being sold in the Pakistani market. Qurat Ul Ain says that she noticed the Pakistani local talented craftsmen were underutilized in the shoe industry. Also the hand-made designs were not a part of the shoe market.

All of these considerations along with her field of education helped her  in introducing a high-end line of locally manufactured shoes and bags embedding the intricate work of local craftsmen and artisans. It was named Chapter 13, as it started in December 2013. Also because Qurat Ul Ain and her first cousins make for 13 people; hence, the digit 13. “I also wanted to prove that 13 is not an unlucky number” says Qurat Ul Ain.

Milli Shoes targets a very different socioeconomic class. Their school and casual shoes are famous all across Pakistan. Chapter 13 on the other hand started with the vision of promoting the work of local cobblers and shoe designers using local traditional material like for instance gota. Hand-crafted shoes are inherently more expensive as they require delicate work from experts. However, hand crafted artwork is appreciated by a very small but loyal consumer base which is interested in the thought behind things. This makes both the brands quite opposite. Chapter 13 primarily has an ecommerce space but it stacks a rack or two at several Milli Shoes stores as it has yet to establish its retail presence. 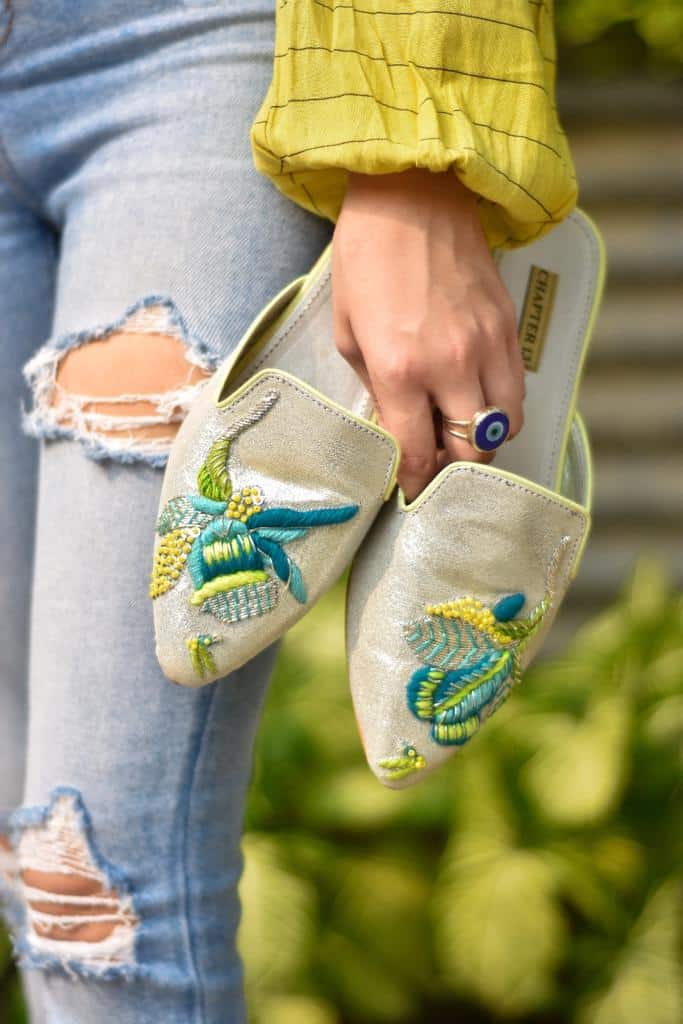 Chapter 13 is a theme-based shoe collection brand. It champions itself in its hand embroidered shoe collection. All the creative designs are hand drawn and crafted within the office space in Lahore. It offers a wide variety of casual flats, formal flats, khussas and accessories (jewelry and bags). Its first theme was Reviving Truck Art which was something very unique to be used in the shoes industry. In an interview with The News, Qurat Ul Ain mentioned that Chapter 13 introduced the concept of ladies peshawari chappal for the first time in June 2014. It became a massive hit around mid-2015 and it can be seen being used by every brand. She says that we see females flaunting our kohatis and peshwaris confidently. Hand embroidered loafers and plain khussas are liked by the customers but the brand has discontinued Khussas because everybody is into making them now.

Chapter 13 takes pride in introducing themes that have never been used in the shoe industry. Their latest theme for example is gota.  They are also using Multani Kashigari in their designs. The embroidery is being done over gota kapra which is something Qurat Ul Ain claims has not been used before in shoes. Chapter 13 focuses on design and quality control instead of mass production. The very idea of it is to empower local artists and promote Pakistani art not just locally but also internationally. “One of my goals is to display my collection through an international exhibition at least twice a year,” says Qurat Ul Ain.

Qurat Ul Ain is the eldest from her 13 cousins hence she always had the responsibility of being an inspiration for the young ones. She did not have the choice to be ordinary. She always wanted to set an example and be independent. But she was the only one who had a startup goal while the rest were doing jobs. Qurat Ul Ain believes that a business requires tireless work and commitment and the associated pain is tremendous. Handling everything on your own and being responsible for even the smallest of things is not easy but the satisfaction you have while running a business is tremendous. She started her work in the servant quarter of her house and from there she moved to a proper space where she could engage the shoe makers.

“I skipped a few of the struggles because of my family’s long association with the footwear industry.” says Qurat ul Ain. Her father always bought her idea and supported her vision in the best possible way he could. But being a woman in a male dominated shoe business did not come easy to her. Sangla, which is a place two hours away from Lahore, is frequently visited by her for business related work. She has to cover herself in a veil and travel in a rickshaw to look culturally appropriate. Yet she says she has to regularly hear things like “Ap larki hein ap ko nae pata jotun ka” (you are a woman, you do not know about shoes) despite her having an extensive knowledge on the shoes manufacturing and belonging to a family which has been associated with the business for decades.

Generally the influx of Chinese footwear in local markets, the price of leather and high labour costs have led to the decline of handmade shoes even though they are of better quality and are more durable. For Qurat Ul Ain her biggest challenge is engaging the workers who know their craft. She says that they have to be paid in advance and there is no way to get them back if they just refuse to work with you. She currently has 7 to 8 workers. During COVID she says that although the sales surged, the number of working hours of workers decreased and so did her expenses. The payments were delayed too hence the struggle was real.

Her mission is to promote locally manufactured shoes in Pakistan which is met with challenges as her shoes cost more given their hand-embroidered nature. She also has a relatively small customer base which has that taste for hand-made things. Currently she does not have a physical presence of her own as Milli Shoes is her point of sale in retail. She wishes to segregate the both. Furthermore she needs to allocate a marketing budget in order to drive awareness regarding her brand; both locally and internationally.

“There is nothing like having your own source of income. I would encourage every woman to explore herself and be independent because the satisfaction and joy you get is priceless.” says Qurat Ul Ain.