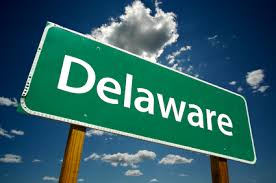 You wouldn’t expect there to be anything special about this tiny brick building at 1209 North Orange Street in Wilmington, Delaware if you drove past it. However, the building is actually home — at least on paper — to some of the largest companies in the world. Apple, eBay, Walmart, Verizon, American Airlines, and more than 300,000 other business entities register their companies here at the CT Corporation.

While some of these 300,000 businesses may not actually conduct business in Delaware, it’s an attractive state for businesses to keep their registrations. The state is so attractive as a business destination that over half of the companies on the Fortune 500 are registered in the state. In fact, Delaware hosts over 1 million business entity registrations, which is more than the tiny state’s population of 950,000.

NOTHING about 1209 North Orange Street hints at the secrets inside. It’s a humdrum office building, a low-slung affair with a faded awning and a view of a parking garage. Hardly worth a second glance. If a first one.

But behind its doors is one of the most remarkable corporate collections in the world: 1209 North Orange, you see, is the legal address of no fewer than 300,000 separate businesses.

Its occupants, on paper, include giants like American Airlines, Apple, Bank of America, Berkshire Hathaway, Cargill, Coca-Cola, Ford, General Electric, Google, JPMorgan Chase, and Wal-Mart. These companies do business across the nation and around the world. Here at 1209 North Orange, they simply have a dropbox.

What attracts these marquee names to 1209 North Orange and to other Delaware addresses also attracts less-upstanding corporate citizens. For instance, 1209 North Orange was, until recently, a business address of Timothy S. Durham, known as, “the Midwest Madoff.” On June 20, Mr. Durham was found guilty of bilking 5,000 mostly middle-class and elderly investors out of $207 million. It was also an address of Stanko Subotic, a Serbian businessman and convicted smuggler — just one of many Eastern Europeans drawn to the state.

Big corporations, small-time businesses, rogues, scoundrels and worse — all have turned up at Delaware addresses in hopes of minimizing taxes, skirting regulations, plying friendly courts or, when needed, covering their tracks. Federal authorities worry that, in addition to the legitimate businesses flocking here, drug traffickers, embezzlers and money launderers are increasingly heading to Delaware, too. It’s easy to set up shell companies here, no questions asked.

5 unforgettable truths about brands that you all should know!

“Shells are the No. 1 vehicle for laundering illicit money and criminal proceeds,” said Lanny A. Breuer, assistant attorney general for the criminal division of the Justice Department. “It’s an enormous criminal justice problem. It’s ridiculously easy for a criminal to set up a shell corporation and use the banking system, and we have to stop it.”

In these troubled economic times, when many states are desperate for tax dollars, Delaware stands out in sharp relief. The First State, land of DuPont, broiler chickens and, as it happens, Vice President Joseph R. Biden Jr., increasingly resembles a freewheeling offshore haven, right on America’s shores. Officials in other states complain that Delaware’s cozy corporate setup robs their states of billions of tax dollars. Officials in the Cayman Islands, a favorite Caribbean haunt of secretive hedge funds, say Delaware is today playing faster and looser than the offshore jurisdictions that raise hackles in Washington.

And international bodies, most recently the World Bank, are increasingly pointing fingers at the state.

Of course, business — the legal kind — has been the business of Delaware since 1792, when the state established its Court of Chancery to handle business affairs. By the early 20th century, the state was writing friendly corporate and tax laws to lure companies from New York, New Jersey and elsewhere. Most of the businesses incorporated here are legitimate and many are using all legal means to reduce their tax bills — something that most stockholders applaud.

Join the Startup.pk Tribe and be a part of a strong networking circle.