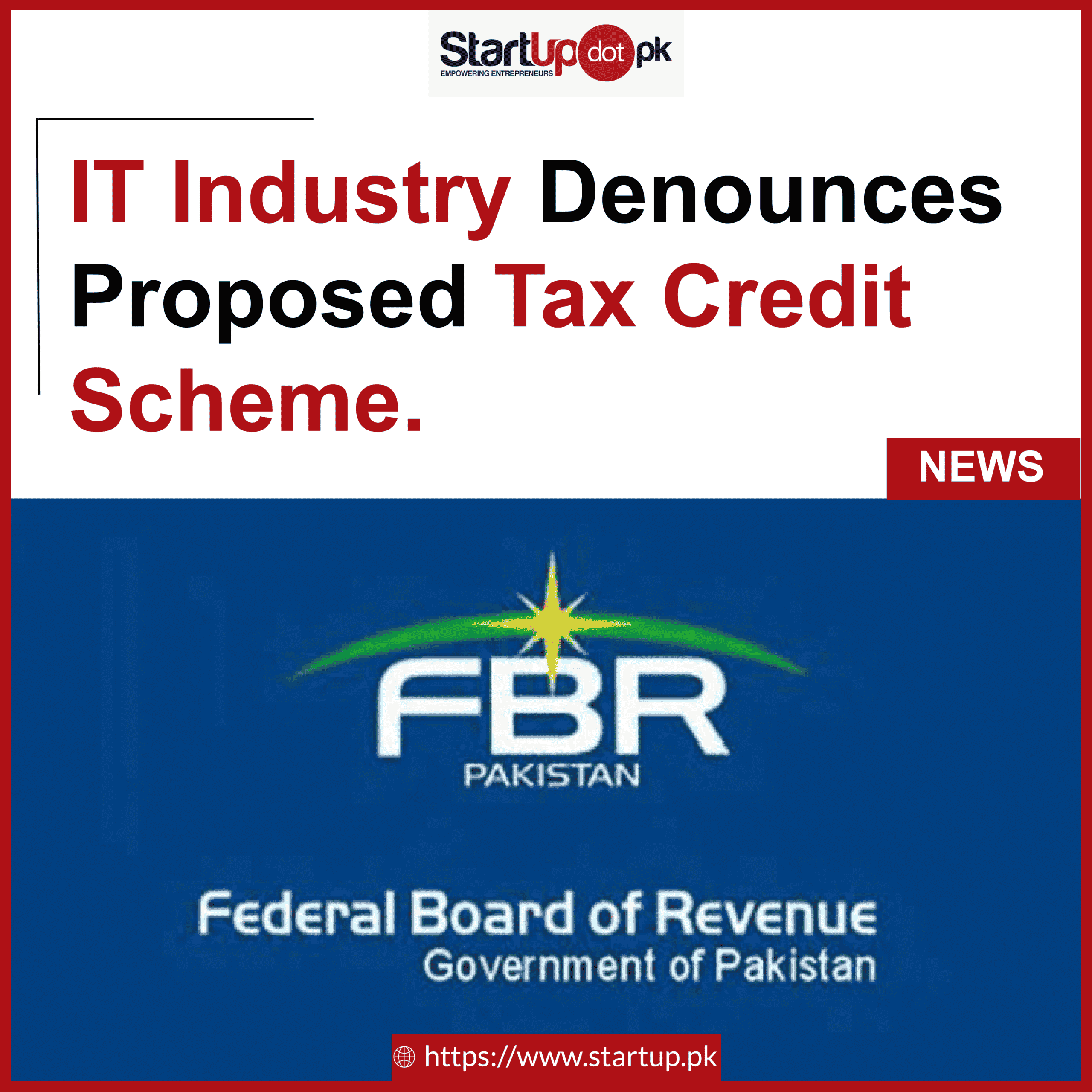 The Federal Board of Revenue (FBR) recently submitted a bill to the National Assembly secretariat proposing amendments to withdraw around 36 tax exemptions including withdrawal of income tax exemption on the export of IT & IT enabled services, and its replacement with a Tax Credit Scheme.

The move has spurred discontentment in the IT industry. The IT & IT enabled Service sector has registered record exports growth despite the pandemic, with a 40 percent increase in 2019-2020, according to P@SHA (Pakistan Software Houses’ Association). The withdrawal of Income Tax Exemption on the export of IT services, and replacing it with a Tax Credit Scheme, where the tax credit is subject to fulfillment of many conditions such as filing of tax withholding statements and sales tax returns amongst others, is believed by the industry to negatively impact IT exports growth trend.

According to the Business Recorder, this move would lead to a massive crackdown and investigations from FBR’s end to ensure that there is no tax withheld and ‘tax credit’ be disallowed for alleged non-compliance with withholding tax regime. The exemption available to start-ups for initial three years after registration with Pakistan Software Export Board (PSEB) is also proposed to be withdrawn and replaced by the same tax credit scheme.

P@SHA which is the official representative of Pakistan’s IT industry and has closely worked with the Prime Minister’s office and IT task force on ground breaking projects like STZA, has expressed disappointment over the move. The association said the recent growth pattern, complemented by several supporting initiatives from the PM Office, has triggered a phenomenal interest from global investors towards Pakistan, adding that the existing tax incentives have been instrumental in the competitiveness of the IT industry viz-a-viz traditional competitors like India, Bangladesh, Philippines and Vietnam.

“However, the Federal Board of Revenue’s (FBR) approach towards tax treatment has been detrimental to the growth of the IT sector as its policies aim solely at raising revenue by all means,” the statement read. “By coming up with these conditions, FBR appears to have ignored the fact that export of IT services is exempt from sales tax, and hence there appears no justification to ask the industry to file sales tax returns.”

The Federal Board of Revenue has come up with these changes in tax regime taking into account the recommendations by the International Monetary Fund (IMF). The IMF estimates it will generate revenue of Rs140 billion. The bill, which will be called the income tax (second amendment) bill 2021, will be introduced in the next session of the lower house, whenever convened.

According to the opposition to the move, the Federal Board of Revenue only seems to be concerned about generating revenue by all means. They believe that for the industry to show a similar pattern of growth as seen in the last year, the ease of doing businesses must be put forward as it has always been championed by the incumbent government. The move can scare away potential investors and even damage the growth of existing players. Amidst a huge outrage on social media and strong opposing statements by key stakeholders like P@SHA, the FBR has issued a statement.

“FBR has clarified that under the current legal dispensation, the exports of computer software, IT Services or IT enabled services is exempt from tax as provided under clause (133) of Part-I of the Second Schedule to the Income Tax Ordinance, 2001. This exemption is subject to the condition that 80% of the export earnings are remitted to Pakistan through normal banking channels. However, the persons claiming exemptions are subject to minimum tax on their turnover.”, the statement read.