How the future will look like with Augmented and Virtual Reality.

It will revolutionize the way people interact with information and data.

Many are familiar with Augmented Reality (AR) and Virtual Reality (VR) technology. With most firms demoing their gadgets frequently most people have had a chance to have an interaction with this technology. With the meteoric rise in the popularity of Pokemon Go, masses went crazy over just a basic application of this technology. But visionaries have theorized that it will turn the world upside down. It will be applicable in almost every field. 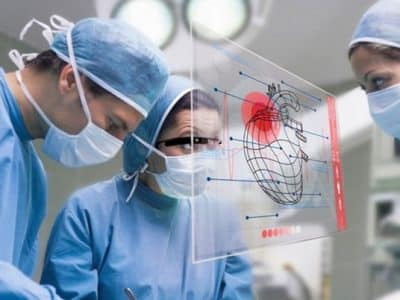 From written to pictures to video, information has found new mediums, and technologies have found new ways for it to have a lasting impression on human memory. With the advent to AR/VR we have found a completely new way to speak to this world. It would not be wrong to say that it has enlivened almost everything around us. We have transitioned amazingly into the Knowledge Age from Information Age.

Did you know that Your E-commerce Start-up Uses Artificial Intelligence? 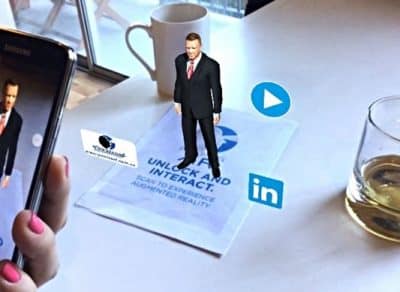 The applications for AR/VR are endless as it will penetrate into almost every sphere and change they operate. Futurists say that the attitudes of mass adoption have become increasingly responsive. We have replaced telephones for mobiles because they were easier to carry and interact with. Soon tech-gurus we will get rid of mobile and computers because of AR/VR. Just to give you a glimpse of how the future will look like we are going to discuss a few fields that will advance amazingly because of AR/VR disruption.

Education: An interesting fact about memory artists is that they create 3D images in their mind to remember things. Current education pattern for children provides information and knowledge in text and video forms. But, imagine a complete 3D audio-visual demonstration of information. Instead of just reading about a space station they will be visiting it virtually. Instead of reading about how to operate a heart they will be doing it.

Likewise the question arises what is better reading and watching videos of Spain or travelling while seated on your chair. Researches show that education students are not dull; education creates dull students because of the way things are being taught. With this new and transformative innovation it will be a lot easier to excite students about learning. Almost every field of education can make great use of this technology. 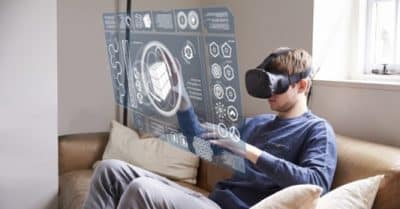 Doctor-patient interaction will be changed completely because of this technology. Doctors say that it will help them significantly in mental rehabilitation. It can be used to get over a number of psychological disorders. It will be readily assist you in a number of ways. Consider a diabetic person visiting market and healthy and unhealthy diet sifted in front of him. You have your vitals in front of you and have a complete guide on a healthy lifestyle in front of you.

Business is already making use of AR and VR. The first one to adopt this technology businesses know they have to embrace disruption as it is inevitable and you have to benefit from it. Just a basic example is Dual Axis Visualizer. You can download the app and see exactly how your room would look like if you applied certain paint on your walls, saving you from making a wrong purchase. Just look at a car and all the features are available in front of you. Just as we have discussed above a number of gadgets will become redundant.

The technology is already valued at billions of dollars and some experts say it will become a trillion dollar industry in the coming years because its users will exceed billions.

One of the most amazingly transformed industries would be entertainment. Just think how much time, cost and manpower it took to create a perfect for a single scene. You can now build virtual sets that would look exactly alike and no one would be able to tell the difference. Also, the scene that required different locations to shoot would be shot on a single location and we would be able to shoot multiple shots in less time.

George bloom in a Tedx talk said, you can cut 50% of your crew by using virtual sets. Now for independent filmmakers it would be a great opportunity to make great films by utilizing less amount of money. 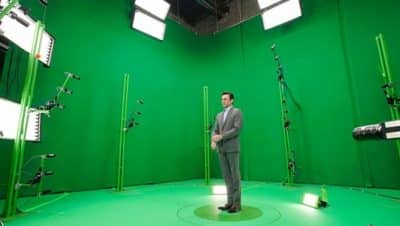 Futurists say that mass adoption behaviours have changed amazingly and consumers are never late to adapt to a new technology. The next few years will see that the world would be changed significantly because of the way technology is advancing. Many ethical debates have stated that the way technology is progressing it could become a threat to humanity’s survival and the debate about how the future should be is still inconclusive. AR is a threat to individual privacy and the way people will categorize each other.

Hence, people and tech-experts have to keep engaging in dialogues mutually to find a balanced use of technology. It will surely take a significant effort from every part of the world and opening up to new possibilities.

One response to “How the future will look like with Augmented and Virtual Reality.”