Hazara Artists Forum is a group of Art students from the National College of Arts. The members are from the Hazara community of Quetta. Students gather in their home town in their vacations and plan what they will be doing. Hazara Artists Forum holds workshops on Theater, Design, Creative Writing and Art. The idea is introducing the fields of Art as an alternative career opportunity and a means of catharsis by teaching the basics of ‘Art Making’ to the youth of the socially and economically isolated Hazara community.

Mr. Sajjad Ali, Pakistan Acumen Fellow Finalist (2015-16) is a senior member of Hazara Artists Forum and one of those art students who made HAF a success. Sajjad told us “The basic idea in our minds was to pay back to the community but the question was how to do it?” He further added, “Mohammad Hussain, a lecturer at Product Design Department of the National College of Arts, was asked for supervision and to give us a direction. He came up with the idea of encouraging the people of the community ‘to make’. So encouraging people to make things was the idea. We did our first workshop under the slogan ‘Let’s Make’. It was a design workshop attended not only by high school students but also by house wives in great numbers. The participants were given presentations and introduced them to various fields of Arts. Afterwards they were given a task of finding a problem in objects in their daily use. Their work was then exhibited.”

How HAF Came Into Being? 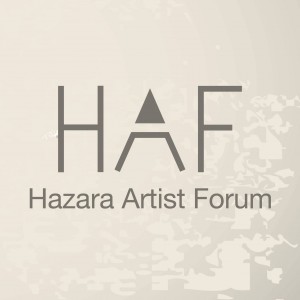 Behind every success and achievement, there is some motivation which encourages the person to go on with their project. When we asked Sajjad that what motivated him and his friends to start Hazara Artists Forum, his replied: “One of our seniors, Aminullah, had organized a workshop to introduce the youth of the community to different fields of the Arts by teaching them basic Art Techniques. I helped him as his junior. That’s how I got involved with the work and two years later we formally started working under the banner of HAF.”

Hazara Artists Forum is promoting the Arts in the community not only for those who intend to get formal education in its various disciplines and pursue it as a career but for the whole community. For example, in their theater workshop they train participants and produce a play for them in which they perform in versatile characters.

Sajjad further talked to us about this forum and told us about his contributions, “I am a part of the movement where we provide Art related opportunity to our maximum level. Other than that I arrange and conduct creative writing workshops. I am basically the spokesperson. I am responsible for media briefing and giving presentations on introduction of Architecture and a design guide in our workshops.We all help in the in the organization like with the finances by personally contributing and finding donors.”

I prefer calling HAF as a student’s movement. For Sajjad, HAF is more of a student movement than an entrepreneurial project. “I prefer calling HAF as a student’s movement. Every year new students join and the graduating students remain associated but mostly as advisors. It operates as a growing system in which what lacks in the previous event is transferred by the senior to the juniors and improvements are made. But we also encourage the participants of our events and visitors of our exhibitions and shows to give their opinion.

In the end Sajjad concluded his conversation by giving verdict on the importance of such forums:

“Without these activities of the Arts, we will not die but there wouldn’t be any reason to live.
So we are basically adding value to people’s lives.”

He further added, “These social activities which look mundane and pervasive are very politically valent. By politics I don’t mean the electoral politics of the politicians but the politics of public performance. People coming out of their homes, engaging collectively in the act of making or sharing the experience getting entertained by a theater performance, You cannot simply quantify their effect on a society but after sharing this collective experience when these people go back to their homes they go back with a resolve for their community.”

We wish Sajjad and his team good luck with their project of providing services and opportunities in Pakistan.