Technology is advancing day and night. People are entering the sphere of virtual reality and are literally connected to the whole word at a few taps of their fingers. Under such a tech revolution it’s a surprise to know that 4 billion people (out of the total 7 billion) throughout the world are still alien to the Internet and remain unconnected.

E-commerce, healthcare, education, entertainment and communication technologies have reshaped 21st century living but a major portion of world’s people remains mired in the 19th century. This gap is getting worse as – the connected – accelerate away, leaving the unconnected ever more marginalized.

Increasing affordability of the computing devices is one of the ways through which this situation will change. However, the problem majorly lies in the inability of the unconnected to understand the digital technology as they simply lack the mental model required to use it. Imagine a semi-literate person or a local-dialect speaker, who has never seen anything digital in life, being given a smartphone device! It’s like giving a 21st century device to a 19th century denizen.

ClubInternet is enabling the digital journeys of the unconnected so they are systematically introduced to life changing online experiences (health, education, ecommerce, livelihoods etc) ClubInternet- a startup from Pakistan is re-designing the Internet and related technologies (e.g. mobile computing devices) for the 4 Billion unconnected. It also focuses on developing the people’s mind by teaching them why and how they should use the internet. ClubInternet has gained worldwide attention, since it’s launch (in early 2014) Club Internet’s technologies have helped more than a million people to connect. 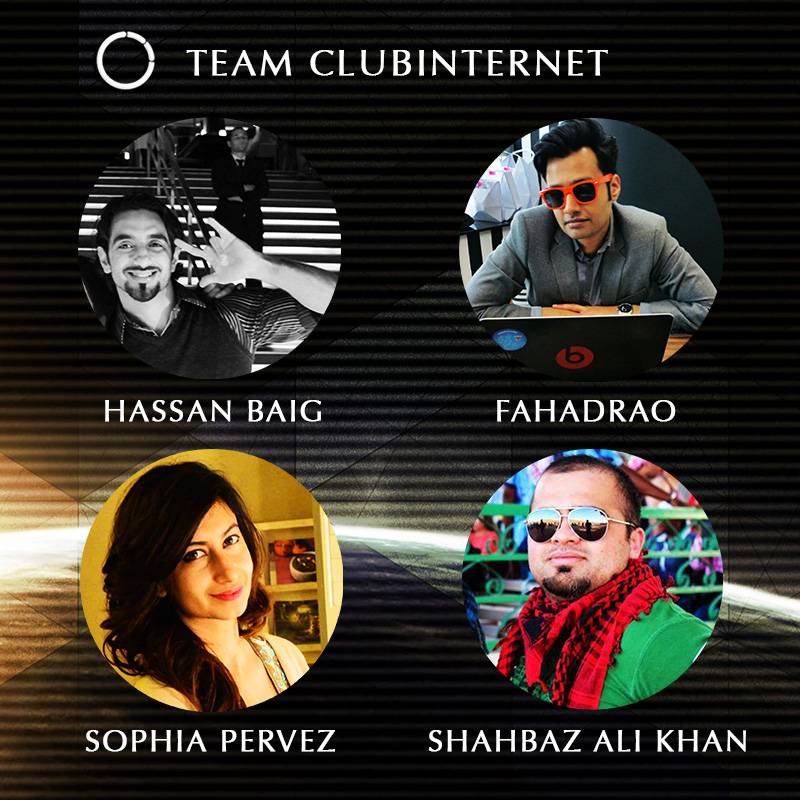 Startup.pk had a talk with Sophia Pervez to find out more about ClubInternet, here’s what she shared:

Q: Hi Sophia, please tell us something about your background and the advent of ClubInternet?

A: I am a Telecom Engineer, and was at  IBM before founding ClubInternet. When brainstorming 3 years ago, we realized that advances in Design Thinking, Machine Learning and AI can give birth to technology that has ’empathy’ for the needs of an Unconnected individual. Instead of the unconnected struggling for years to get online we can re-imagine the technology being adapted to suit the day-1 user.

We have conducted about 20 dozen usability tests in different locations in Pakistan, mainly in the suburbs of different cities. We found that when a person makes first contact with the Google webpage, he fails to understand how to operate it.

We installed cameras and mics to record people’s response during the usability tests. The people were completely baffled when they used the internet for the first time. After carefully monitoring these people we developed our app and webpage that hand-holds users, step-by-step, through the various use-cases of the Internet. It’s like a digital butler that does everything for you. Our platform currently has over 20,000 daily active users, and about half a million users monthly.

Q: How are you going to make this app reach the people who have no idea regarding how to use internet?

A: Majority of our growth is driven by viral referrals. We are also partners with the telecom-giant in the country, Telenor. Our app is pre-installed in their 3G enabled phones.

Q: As you said that during the usability tests you are recording the response of the users, their gestures and contact with the internet. So you have quite a unique data of a group of population that has never been accessed. This data has a huge potential to give way to new avenues for example in the E-commerce industry and other sectors. How do you see this?

A: Yes, that’s true. These unconnected demographics haven’t been addressed before. We have crucial data that can lead to new era of development in different e-sectors. To utilize this we are integrating different features on our website. For example, we have a healthcare advice feature that is already serving 3000 healthcare seekers daily. Another is a basic e-commerce facility that’s converting for more than 70% of all users who try it.

The internet currently is designed for people like you and me. This data calls for a redesign of the internet and its services, making it more user friendly.

It is estimated that 2 Billion people will get smartphones by 2016.  (Stats by *E-Marketer)

Q: How specifically would you define your customers? Is it the illiterate people, the poor people, the people in the small cities, villages that you intend to target?

A: Any individual who has not yet been online is our potential user. That not only includes people from developing countries but also senior citizens, to whom the internet has always been an alien place.

More specifically, our customer is every person making the first ever contact with a computing device.

Q: You envision connecting the 4.2 billion unconnected majorities. Are you expanding into other countries in order to reach your goal?

A: Yes, naturally. Pakistan is a pilot case. Our technology will be like a gift from Pakistan to the rest of the world; our two cents. ClubInternet is very soon going to be in Bangladesh and Mexico next, and we’ll roll from there.

Q: Do you think marketing is a challenge for you, since the usual social media marketing techniques don’t apply in your case?

A: Our marketing has to be different, regular marketing channels cannot really work for this demographic. We have been able to grow organically as the major source of information in our targeted communities is the word of mouth.

Q: Your team has recently been to the F8 conference in the US headed by Facebook’s CEO, Mark Zuckerberg, what were the outcomes of the conference?

A: Mark and his team already knew about ClubInternet,thanks to some of our published research and the R&D work the two companies did together. Connectivity is close to Mark’s heart.

Mark had invited Hassan – alongwith thought-leaders from 14 other technology domains (e.g. Tesla, Amazon, Tinder – full-lineup attached at the end of this message) – to discuss the shape of a future technology platform inclusive for everyone. Mark and Hassan met for an hour in a closed-door meeting right after Mark’s F8 keynote at Fort Mason, San Francisco. Hassan gave Mark insights into the problem learnt from being on ground zero, and explained that for any platform to be truly global, we’ll need to move beyond having one standard version of it for everyone and should start designing for the 4 Billion people in the world. Hassan also suggested a collaborative plan to him vis-a-vis how both companies could deepen their collaboration. Lastly, he also explained how Pakistan is emerging digitally and a pivotal location for solving the connectivity challenge with some keen allies in the state machinery.

Mark agreed with Hassan’s strategic insight, and was very appreciative of the suggestions. He also shared his own insight into the user capability issue how Facebook has now also realized its importance.

The meeting with Mark wasn’t ClubInternet’s only one. We had 4 different marathons with the Facebook connectivity leaders. Later Mark also emailed Hassan a thank you note, it was a really nice gesture on his part

Q: As a result of this collaboration, how are you contributing to each other?

A: Internet.org is a great initiative by the largest social network, Facebook. But being based in the Silicon Valley they fail to reach their target audience. We, on the other hand have the advantage of being on the home ground.

If Facebook’s the reason billions of new users will try out the Internet for the first time, we’re the reason they’ll keep on using it (and measurably improve their lives). 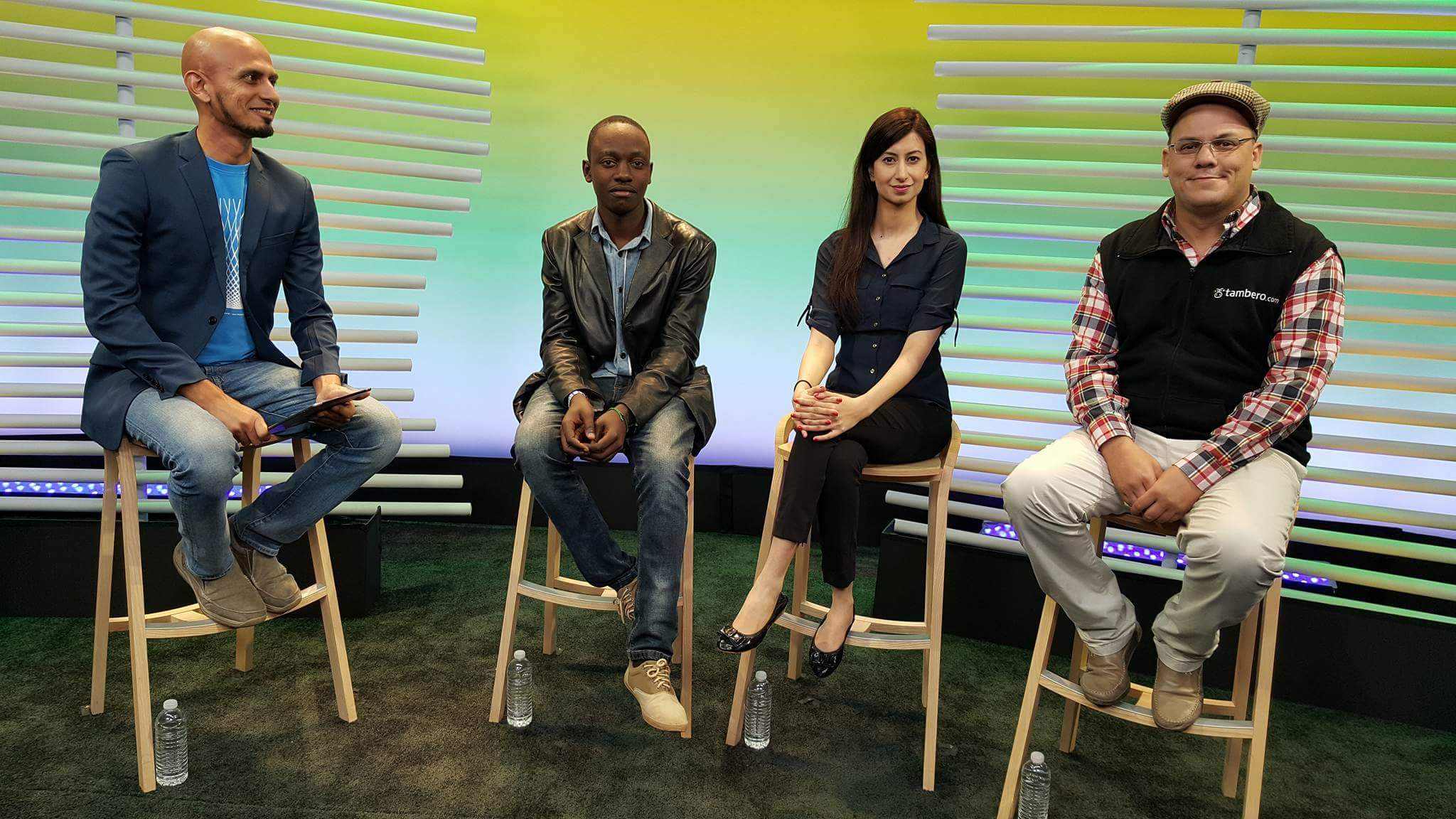 Facebook F8 2016. From L to R: Sarim (the host), Walter (from Maternitech), Sophia Pervez ( from ClubInternet.co) and Eddie (from Tambero.com)

Q: How are you monetizing?

A: We monetize through our healthcare angle, with an e-commerce one just about to go mainstream. There’s a ton of ways we can create new Internet economies among the Unconnected – our team’s on the cusp of that.

Q: What are your short term goals?

A: Expanding into more countries is one goal. Hyper-localizing our content and vertically integrating across the technology stack is another goal. I can’t reveal more than that at this point.

Q: ClubInternet is doing great work, educating people and gaining international recognition. What message would you like to convey to our aspiring entrepreneurs?

A: Focus on building your product, and only building your product. Keep your head down and concentrate your effort in building rather than all the fluff that seems to surround the entrepreneurship eco-system these days. Also, try to solve our problems by thinking about them from the ground up, instead of importing ideas/solutions that work elsewhere. And know in your gut that you’re as good as anyone in the world, never let anyone tell you differently.

We help Startup Founders by equipping them with skills, resources and connections
which help them in scaling their ideas.